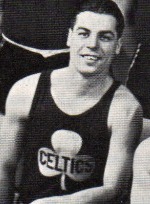 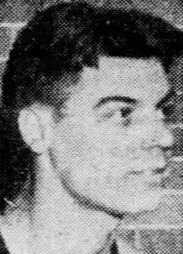 A skilled player and Duquesne's first All-American, Birch garnered fame as a member of the New York Celtics barnstorming squad before playing in the NBL. He later became a successful coach for Fort Wayne before becoming persona non grata following the point-shaving scandal surrounding one of his players, Jack Molinas. His life in ruins, Birch descended into alcohol problems and domestic abuse. He was a short-tempered disciplinarian who was described by his son Richard as "Bobby Knight times 10." He was married to Florence, whose death from leukemia amplified Birch's bitterness.


Stats:
http://www.basketball-reference.com/nbl/players/b/birchpa01n.html
http://www.justsportsstats.com/basketballstatsindex.php?player_id=birchpa01
Posted by Peach Basket Society at 7:30 AM