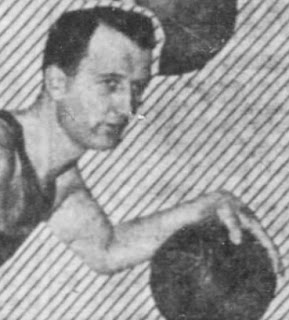 
Born to Russian immigrants, Shaffer grew up in Grand Island Nebraska and went to college there and at DePaul before moving to Akron. He would stay at Firestone for many years before moving over to Cole Asphalt. He died of a heart attack in 1963.

Stats:
http://www.basketball-reference.com/nbl/players/s/shaffjo01n.html
http://www.justsportsstats.com/basketballstatsindex.php?player_id=shaffja01
Posted by Peach Basket Society at 8:03 AM