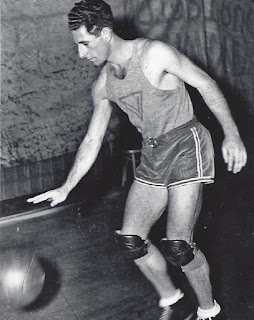 Born to Harry and Besse Trupin, Milt was a star player at CCNY and was one of the more well-known collegiate player at the time. We would go on to a decent career as a player and a coach and would also run a youth camp. His brother, Jack, also played some pro basketball around New York.

Milton married Esther Samuels in 1935 and they had a son and two daughters.

Posted by Peach Basket Society at 10:04 AM