Born to Henry and Roselyn Fitch, Gil was a three-sport star at Temple, playing basketball, baseball and soccer. After graduating, he would play for the Philadelphia SPHA's for six seasons. Fitch was also a very talented saxophone and clarinet player, and he formed his own orchestra which would entertain fans after games. He would go to serve in the U.S. Army during World War 2, and after the war would move to Los Angeles. 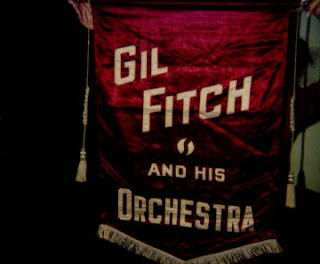 Fitch and the SPHA's (which stood for Southern Philly Hebrew Association) endured a lot of anti-Semitism on and off the court. Fans would through bottles or their drinks at them, or even try to burn them with lit cigarettes as they were in-bounding the ball. Some were even stuck with pins. The SPHA's endured, and would be one of the most successful professional teams of the era.

Fitch and his wife, Alexa, had one daughter.


Stats:
http://probasketballencyclopedia.com/player/gil-fitch/
Posted by Peach Basket Society at 7:19 AM