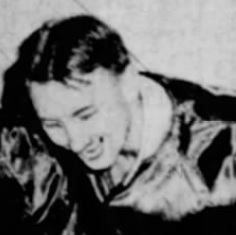 
Evans was a football star at Iowa who played basketball professionally as well as playing end for Green Bay and the Chicago Cardinals in the NFL during World War 2. He later was the defensive back coach for the Packers.

He married Miriam in 1943 and they had a daughter and two sons.