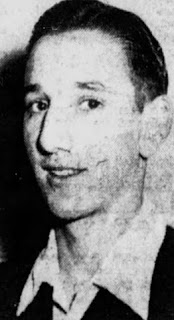 
The youngest of 13 children, O'Brien set scoring records at Butler before embarking on a professional basketball career. First playing with the Hornets in the NPBL, his contract was reassigned to Waterloo when the Grand Rapids club folded. That summer, with the NPBL being dead, O'Brien headed back home to Indianapolis, signing with the Olympians. In January of 1953, O'Brien was waived and picked up by the Fort Wayne Pistons. His time in Fort Wayne was short, because on February 17, 1953, Fort Wayne traded him along with Jack Kerris and cash to Baltimore for Freddie Scolari and Don Boven. He later worked as an insurance salesman.