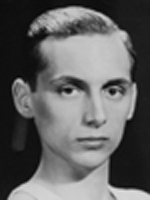 
Born Arnold William Haarlow, Jr., Bill Harlow went to Bowen High School in Chicago and became the first Chicago prep to score 50 points in a game. He was a two-time All-American at the University of Chicago and went on to play professionally for Whiting. He was one of the pioneers of the jump shot. He refereed Big Ten games for 12 seasons, while working at Illinois Bell until his retirement in 1974. He married Margaret Noble (1913-2008) in 1938 and had three sons, Arnold (1941-2002), John and Robert, and a daughter, Margaret Wright. Haarlow died in Hinsdale, Illinois in 2003. 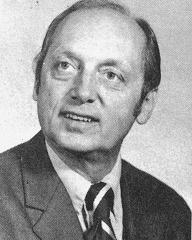 Email ThisBlogThis!Share to TwitterShare to FacebookShare to Pinterest
Labels: 1937-38, over 90, Whiting Ciesar All-Americans