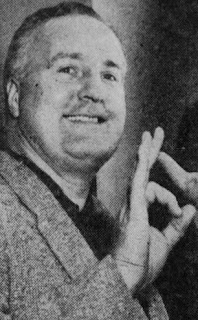 A member of the St. John's "Wonder Five", Begovich would spend many seasons in the ABL playing with the Jewels. He was a member of the state bar in New Jersey, and in 1940 quit basketball to work for the FBI. He worked as an executive salesman at U.S. Steel and was on the town council in his hometown of Weehawken, New Jersey, and also was a basketball official at Madison Square Garden for 21 years.

In September of 1966, Begovich suffered a heart attack while in Miami. He never recovered and died that November.

Posted by Peach Basket Society at 5:35 AM