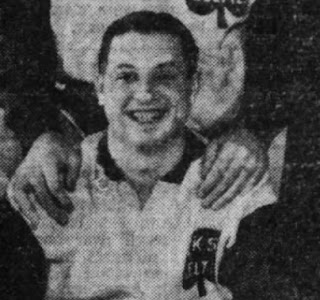 Born in Somerville, Massachusetts, to William and Edith Johnson, the family moved to Jersey City where Carlie played basketball and baseball at Dickinson High School. Aside from a lengthy professional basketball career that lasted over a decade, Carlie started work as a clerk at the New York Stock Exchange in 1930. He retired from the NYSE in 1975 and took work as the head of the Jersey City Recreation Department for a couple years.

He and his wife, Lillian, had two sons.

Posted by Peach Basket Society at 6:30 AM