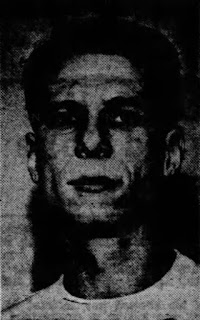 
Seagrist was a teammate with future major league pitcher Howie Judson on the Auto-Lite basketball team. He went to Northern Illinois where he was hampered by a shoulder injury for a good part of his freshman year. In February of 1948, it was discovered that Seagrist had been playing semi-pro basketball in a tournament in Aurora, Illinois, and was declared ineligible and booted from the Northern squad. He transferred to Texas Wesleyan next season, and after a decent sophomore season, the 6'8 center got the interest of the Boston Celtics and the New York Knicks. Seagrist signed with the Celtics and was assigned to the Hartford Hurricanes for the start of the 1949-50 ABL season. He appeared in three games before being let go. He caught in the Eastern League of Connecticut with New Britain to finish the season. He left basketball and worked for many years as a successful salesman and sales executive.

John married Barbara "Cookie" Kuhn, the daughter of Frances Kuhn, former mayor of Woodstock, Illinois, in 1958 and they had three sons.

Stats:
Posted by Peach Basket Society at 5:25 AM

Email ThisBlogThis!Share to TwitterShare to FacebookShare to Pinterest
Labels: 1949-50, EBL-CT, Hartford Hurricanes, over 90