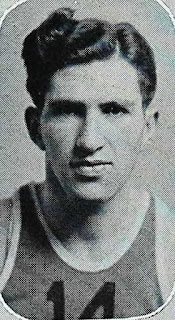 Born to Benjamin and Fannie Freilicher, George played pro basketball for a few years after graduating from GW. He served in the U.S. Army during World War 2, stationed in Northern Africa.

Posted by Peach Basket Society at 8:24 AM