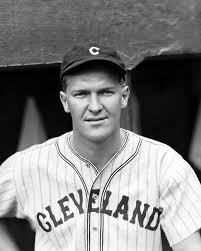 Born on a military base in Maryland but raised in Arlington, Berger was a very good baseball player and all-around athlete. He played football, baseball and basketball in high school and then at the University of Maryland. He was a very highly-sought prospect coming out of college, and the infielder was signed by the Cleveland Indians in 1932. He had been in the ROTC in college, and remained in the army reserves as he pursued his career in athletics. He managed to appear in one game for the Indians in 1932, and then would play in the minor leagues before returning to the Major Leagues in 1935. He would play professional basketball in DC during the offseason, but quit the game once he reached the major leagues. He was signed by the White Sox to the White Sox in 1937 and would be traded to the Red Sox after a couple seasons. He would also return to the basketball court at this time, including playing for the Heurich Brewery's team in the ABL, at the time the biggest professional league for basketball.

He never really lived up to his promise as a baseball player, and was back in the minor leagues for good in 1940. World War 2 came along, and Berger was called to duty. He served in China during World War 2, and was the commander Iwakuni Air Force Base in Japan during the Korean War. Berger would go on to serve 20 years in the military, first with the army and then with the Air Force when the Army Air Corps was split into its own branch of the U.S. Military. He would retire in 1962 with the rank of Lieutenant Colonel and as a civilian would work as a director of building services back at the University of Maryland.

Berger died of a heart attack in 1992 and is buried at Arlington.

Posted by Peach Basket Society at 6:54 AM