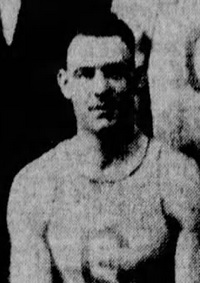 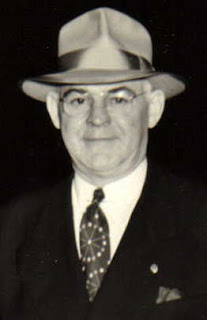 Neil was a basketball and semi-pro baseball player out of Camden, New Jersey. The brother of another pro basketball player, Richie Deighan, Neil played with the Camden Skeeters until World War One, where he served his country as an instructor in aerial balloon reconnaissance. After the war, he returned to the Skeeter, playing for them through 1923. He also played some minor league baseball at this time, too.

Neil bounced around with a few different basketball teams in the 1920's, including a short stint with the Philadelphia Quakers of the ABL. In 1929, he left basketball to run a restaurant in Pennsauken, New Jersey. As the 21st Amendement was passed and prohibition was lifted, Neil would become president of the New Jersey License Beverage Association, as well as running a bar and restaurant that still exists with the name "The Pub."


Stats:
http://probasketballencyclopedia.com/player/neil-deighan/
Posted by Peach Basket Society at 11:32 AM