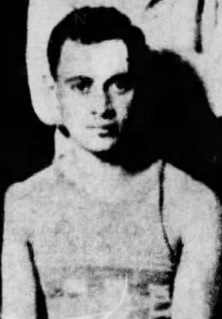 Passon was born in Kiev, but after the family came to the United States (including fellow future pro baskball players / brother Chick and Nat), Harry took to sports and quickly became on of the larger figures in the semi-pro and pro sports world in Philadelphia. He organized various leagues and tournaments for baseball and basketball, and opened a very successful sporting good store in Philly. Passon owned and managed all-black baseball teams and also worked with other black semi-pro teams in the city. Passons' own team, the Bacarach Giants, competed with the established Negro League Philadelphia Stars and was able to secure fields of play in a time when that was difficult for black-owned sports teams. Passon also fought against the "Blue Laws" in the state, which prevented sports from being played on Sunday. This law was appealed in 1934.

Passon was approached by Cumberland Posey to have his baseball team, the Giants, to join to new National Negro Association being formed. However, the Philly Stars, owned by Ed Bolden and Ed Gottlieb, raised a protest against Passon's team joining. (Gottlieb was both a friend and a rival of Passon. Gottlieb was one of the co-founders of the SPHA's along with Harry.)

On February 16, 1954, Passon was supposed to meet with his brother Nat at a bank conference, but did not show. The next morning, Nat arrived at the store to open for business and intended to turn off the burglar alarm, but since the alarm was not turned on the night before, it went off and the police answered the alarm. Nat thought it was odd the alarm was not turned on, but did not think much of it at the time. Later in the day, with still no sign of his brother Harry and thinking back about the alarm, Nat and his employees began to look around the shop to see if maybe something was wrong. One of his employees found the body of Harry inside the store's gun vault. He had shot himself in the head.

He and his wife, Tillie, had two daughters.

Stats:
http://probasketballencyclopedia.com/player/harry-passon/
Posted by Peach Basket Society at 7:38 AM