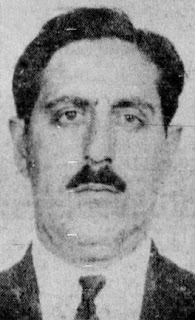 He was the captain of the UB basketball team, and earned a law degree there. He returned to Rochester to practice law, and played for the Centrals for one season. In 1932, Berlove was arrested and charged with grand larceny as part of a large probe into auto insurance fraud in Rochester. However, he pleaded not guilty and the grand jury failed to indict him. He and his wife were active in the Jewish community, raising money for hospitals in Jerusalem as well as for various charities in Rochester.

Lester and his wife, Julia, had a son and a daughter.

Posted by Peach Basket Society at 5:59 AM