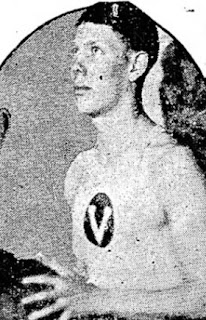 Born to Reese and Edith Jones, Reese went to Vincennes High School, where he won the "best player" medal while leading the school basketball team to a state title. In January of 1925, Jones and his YMCA team was travelling by bus to play a basketball game when the bus had to pull over to the side of the road to fix a flat tire. Jones and two other players, Vance Westall (who was also driving the bus) and George Kixmiller were out tending to the tire when they were struck by a car driven by Russell Jackson. Kixmiller died at the hosptial, and Jones suffered a broken leg. That fall,  Jones went to Washington University in St Louis to play football and basketball, but was declared ineligible after it was discovered he played pro football in a game against the Chicago Bears. (It was not an NFL game he played in, but an exhibition the occurred after the NFL season.) Jones moved to Flint, Michigan, shortly after his dismissal from college and would sign on to play pro basketball for the  Detroit entry in the  ABL. He would play basketball professionally and semi-professionally for a few years around Michigan, while also boxing in the heavyweight class.

Reese died following a short bout with pneumonia in 1950.

Posted by Peach Basket Society at 4:29 AM