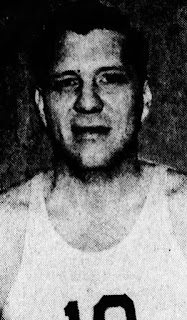 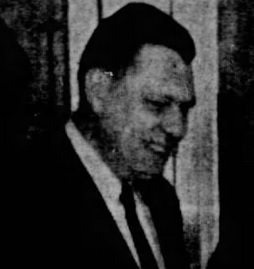 A big basketball star at Hazleton HS, "Red" lead HHS into the state championship game in 1944 but a leg injury kept him from playing the the title game, which Hazleton lost. After graduating, Meinhold went on to Long Island University. After a successful freshman season, he looked at returning back home to play at Scranton University before being dismissed by the LIU coach for not meeting academic requirements. He entered the army and served in post-war Yokohama, Japan. He returned to the USA and signed with the Baltimore Bullets. He played one season with them before moving on the the Stags and the Steamrollers.
While playing in the Eastern League, he also worked for New York Life Insurance. He later worked for Montgomery Ward as a regional manager.

Carl married Elizabeth Tait on June 19, 1954 and they had four sons and one daughter.

Stats:
http://www.basketball-reference.com/players/m/meinhca01.html
http://www.justsportsstats.com/basketballstatsindex.php?player_id=meinhca01
Posted by Peach Basket Society at 4:50 AM