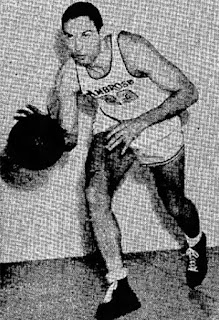 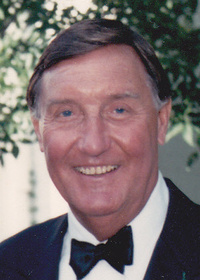 Ehlers played baseball, basketball and football at South Bend Central, with the legendary John Wooden as his basketball coach. He went on to Purdue where he was voted All-American in basketball. His time at Purdue was interrupted by time in the U.S. Army. In 1947, he was drafted by he Celtics, but was also signed by the New York Yankees and he embarked on a two-sport career for a bit. (He was also drafted by the NFL's Chicago Bears, making him one of the few, if not the only, played to have three different professional sports after him.) After two seasons with the Celtics, he focused more on baseball and had decent power but never got higher than AAA ball. He spent a couple seasons in the Cubs system before quitting baseball in 1951. He later operated his own insurance company in South Bend.

Edwin married Joyce Slick and they had three daughters and a son (Tom, who played in the NFL for the Eagles and the Bills). His grandson, Scott Dreisbach, played for five seasons in the NFL and many more in the Arena Football League.

Stats:
http://www.basketball-reference.com/players/e/ehlerbu01.html
http://www.justsportsstats.com/basketballstatsindex.php?player_id=ehlerbu01
Posted by Peach Basket Society at 10:29 AM