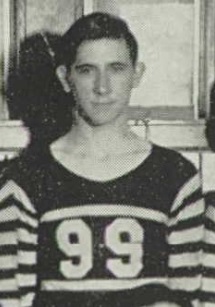 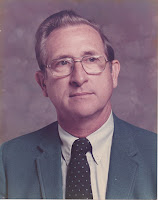 After graduating from High School in Missouri, Sanders entered the USMC to serve during World War 2. He would go to school and play basketball at Miami University in Miami, and played one year of basketball with the Scranton Miners in the ABL. "Howdy" returned to Maplewood where he taught and coached until retiring in 1987.

He married Shirley Peterson and they had one son and one daughter.


Stats:
Posted by Peach Basket Society at 9:30 AM