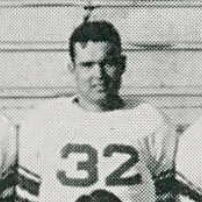 A couple inaccuracies have been printed about Corley over the years. First off, he went to Central State College (now the University of Central Oklahoma), not Oklahoma State Teachers College (now OK State) as previously reported.

He is also listed in many places as the brother of fellow professional cager Ray Corley, but Ray grew up on Staten Island and went to Notre Dame. Both played in the ABL, though, and that is where this story may have started, but according to family records, both men are from different families in different parts of the United States. 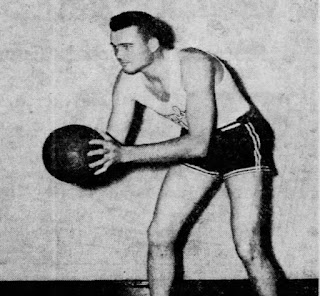 Born to Luther and Fannie, Corley served in the U.S. Navy during World War 2, and played basketball for two years with Wilmington in the ABL, as well as a short stint with the Cleveland Rebels in the BAA. (Note added 12/22/16 - I cannot find any evidence he actually played in a game for the Rebels. He signed with them on October 22, 1946, but I looked over all 60 box scores for the Rebels and his name never appears. Any proof is welcome. It appears he spent the entire 1946-47 season with Wilmington.) He played basketball and football at Central State, and also played some minor league baseball, for Americus in the Georgia Florida League in 1946. According to 1946 articles, he hailed from Eldorado, Oklahoma.

He is listed as both Kenneth Albert and Albert Kenneth. One year, the family census lists the family name as "Carley"

He was married to Marjorie.

Stats:
http://www.basketball-reference.com/players/c/corleke01.html
http://www.justsportsstats.com/basketballstatsindex.php?player_id=corleke01
Posted by Peach Basket Society at 5:41 AM