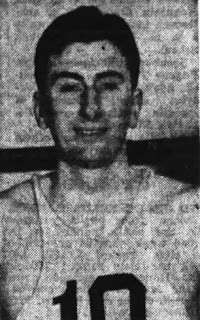 Born to James and Mollie Baltimore in Pennsylvania, Baltimore served in the Army during World War 2 as a tank commander in Europe. After playing a season for the Bombers, he re-joined the Army in 1950 and served his country in the Korean War. He later work for American Seating Company in Syracuse and died in Los Angeles at the age of 46.