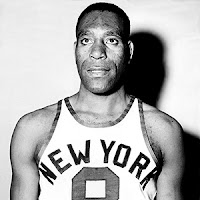 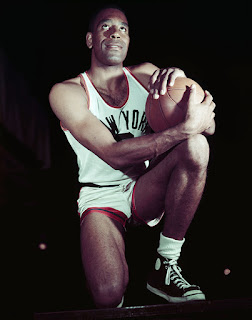 Born Clifton Nathaniel, he changed is name to Nathaniel Clifton After playing at Dusable High School where he set the single-game scoring record in the city championship tournament, Sweetwater (so nicknamed because he would put sugar in drinking water for a treat since the family was too poor to afford soft drinks) played one year at Xavier in Louisiana before entering the U.S. Army. After serving in World War 2, Clifton returned to the States and began to play professional basketball for various barnstorming pro teams like the Rens and the Globetrotters. During this time, Clifton was signed by baseball's Cleveland Indians, and played a few years of minor league baseball. He batted .307 over two seasons in the Tribe's farm system before deciding to stay focused on basketball.

He was making $10,000 a season with the Globetrotters in 1950 when the Boston Celtics drafted Chuck Cooper, breaking the NBA's color barrier. Shortly thereafter, Globetrotters' owner Abe Saperstein sold Clifton to the New York Knicks, and Clifton became one of three black players to start the 1950-51 season on NBA teams (Earl Lloyd being the other player besides Clifton and Cooper). Clifton was a solid player for 7 seasons with the Knicks, making the All-Star team in 1956-57. He was traded to the Detroit Pistons, and after a unsatisfied season there, quit the NBA. He played a couple more season of  independent basketball and eventually played with the Chicago Majors of the upstart ABL in 1961-62. He wound up driving a taxi for many years in Chicago, and in 1990, died behind the wheel of his cab, felled by a fatal heart attack.

Clifton was posthumoursly selected to the Naismith Basketball Hall of Fame in 2014.