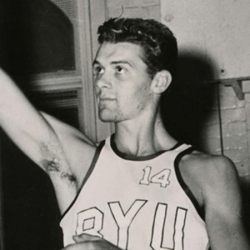 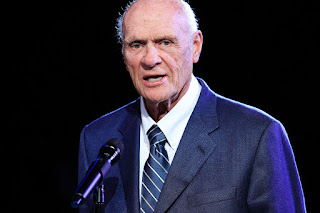 After a stellar career at BYU, Hutchins was the second pick overall in the 1951 draft, selected by Tri-Cities (who would announce their move to Milwaukee weeks later.) Hutchins would lead the NBA in rebounding in his rookie year, a feat only accomplished by one other player, Wilt Chamberlain. In 1953, the Hawks sold him to the Pistons, and in his four seasons there the Pistons made it to the NBA Finals twice. After the 1957 season, we has traded along with Charlie Tyra to the New York Knicks for Dick Atha, Nat Clifton and Harry Gallatin. His career ended following a serious knee injury in 1958.


Stats:
https://www.basketball-reference.com/players/h/hutchme01.html
http://www.justsportsstats.com/basketballstatsindex.php?player_id=hutchme01
Posted by Peach Basket Society at 5:36 AM