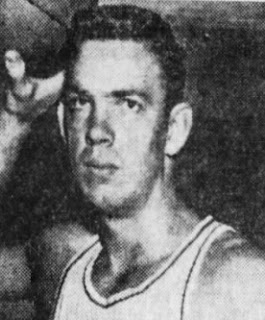 From Mount Juliet, Tennessee, Tom Marshall was a two-time All-American at Western Kentucky, averaging well over 20 point per game. Marshall was taken seventh overall in the 1954 NBA Draft by the Rochester Royals. He played a season with the Royals before missing the 1955-56 season to serve in the U.S. Army. Except for a short stint with the Pistons, Marshall played exclusively in the NBA with the Royals, both in Rochester and Cincinnati. He would also serve as the head coach for a couple seasons. Marshall would eventually retired to Fort Myers, Florida.