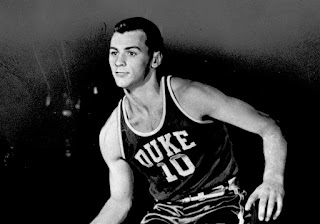 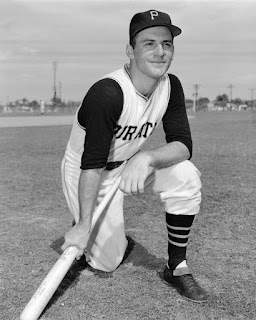 Groat went to Duke on a basketball scholarship, but played both baseball and basketball there. In the summer of 1952, Branch Rickey, the general manager of the Pittsburgh Pirates, offered Groat a contract if he'd leave school early. Groat decided to finish his last year at Duke, and signed with the Pirates the following year. After a decent rookie season where he batted .284 and finished third in the Rookie of the Year voting, Groat went and played basketball with the Fort Wayne Pistons in the NBA, who had drafted him that summer. After a decent season with the Pistons, he wound up being drafted into the U.S. Army and served for two years. After his duty, he returned to athletics, but chose to only play baseball despite enjoying basketball more. 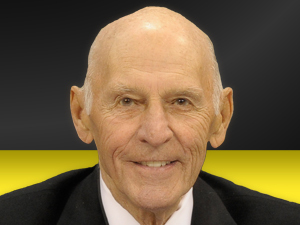 As shortstop for the Pirates, he was a key to the team's resurgence and in 1960 won the NL batting title and the MVP award as he lead the Pirates to their first World Series Championship since 1925. After the 1962 season, the Pirates dealt the 32-year old infielder to the St. Louis Cardinals where he would play for three years, picking up his second ring when the Cards beat the Yankees in the 1964 Series. He would put in some time with the Phillies and the Giants before retiring in 1967 with a .286 lifetime batting average and over 2100 hits.

Groat would work as a salesman and broadcaster as well as owning and operating a golf course.

Groat is the the only player in NCAA history to lead the country in scoring and assists in the same season.