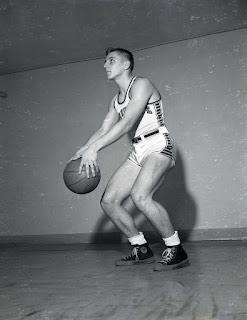 Born to Louis and Marie Berce in Wisconsin, Gene immediately made an impact on the Marquette University squad as a freshman. He played at Cornell during the war, but returned to Marquette after his service. He was the first Marquette player to score 1000 points in his career, and was drafted in 1948 by the New York Knicks. He signed with the Oshkosh All-Stars instead and plated in the NBL, but when the BAA and NBL merged to form the NBA, he found himself the Tri-Cities club. Berce would play some in the short-lived NPBL in 1950-51.

Gene and his wife Mary had eight children.