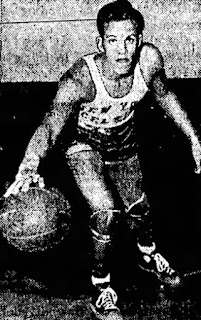 Born to John and Mary Cofer, Doyle played basketball for Indiana State as well as serving in the Marines during World War 2. He played professional basketball for the House of David and the Vagabond Kings. Cofer became a civil engineer and owned Cofer Construction Company. He was killed in an accident on a construction site when the bulldozer he was trying to load onto a flatbed toppled over and crushed him. He was just three days short of his 76th birthday.

He had a son and three daughters.


Posted by Peach Basket Society at 5:19 AM