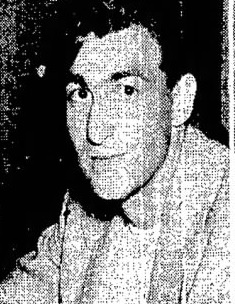 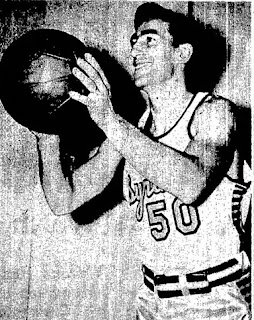 After leading his school to the City Championship game in 1938, Rizzo was off to Fordham, where he played as a freshman and a sophomore before leaving school. He served in the military during World War 2, before multiple seasons of professional basketball, including a stint with Syracuse of the NBL. Rizzo was suspended in February of 1949 for hitting a referee.

After his playing days, he moved out to Las Vegas, and owned and operated a sporting good store. He died in 2011.

Sprecial thanks to Syracuse basketball historian Jay LaFountaine for connecting some dots, including his birth and death date, which he got from a family member of Jerry's.
http://www.tributes.com/show/Jerome-Rizzo-92256854


Stats:
http://www.basketball-reference.com/nbl/players/r/rizzoje01n.html
http://www.justsportsstats.com/basketballstatsindex.php?player_id=rizzoje01
Posted by Peach Basket Society at 4:32 AM