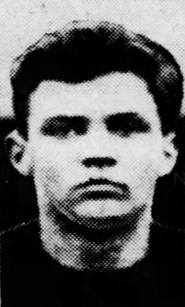 Started only with the knowledge of his two games with the Blackhawks, and that he attended Washington & Jefferson. One news article says he played at LIU, but he doesn't appear on their all-time roster. An article in 1943-44 says he is a new player on the team, but other sources have him playing at WashJeff that same season.


Stats:
http://www.basketball-reference.com/nbl/players/a/anthopa01n.html
http://www.justsportsstats.com/basketballstatsindex.php?player_id=anthopa01
Posted by Peach Basket Society at 10:12 AM