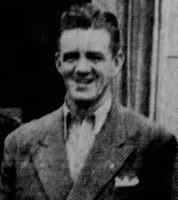 Born to Michael and Anastasia Syby, George served in the U.S. Army during World War 2. He played baseball and basketball while in the military. He played with Jersey City in the ABL in 1946-47 and later with the Brooklyn Gothams.


Stats:
Posted by Peach Basket Society at 8:08 AM