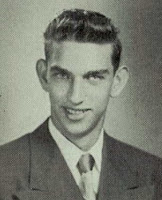 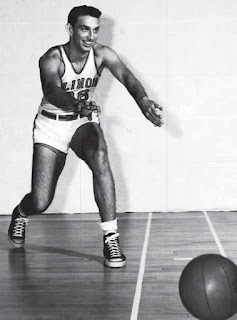 Born to Turkish immigrants, Bemoras helped Marshall High School to the City Basketball championship in 1948. He went on to the University of Illinois, where his defensive prowess helped the Illini into two Big Ten titles and a Final Four appearance. After playing three years at Illinois, Bemoras was drafted by the Milwaukee Hawks in the third round of the 1953 NBA Draft. After playing one year with the Hawks, averaging 7.4 points per game in 69 games. He served in the U.S. Army from 1954 to 1956, and returned to the Hawks in 1956, although by this time the Hawks have moved to St. Louis. He left the game in 1957 and would run his own insurance company in the Chicago area.

Irving married Sally Lapedus in 1957 and they had two sons and a daughter.

Posted by Peach Basket Society at 9:27 AM