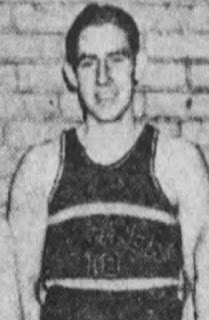 When the 6'5 Bornheimer entered Georgetown, he was, at the time, the tallest player the Hoyas ever had. He graduated early and because of his January 1943 graduation, he was ineligible to play his senior year. He went pro instead, playing for the Harrisburg Senators in the ABL as well as the Detroit Eagles and Akron Goodyear teams. At first, his height prevented him from military service, but eventually the restrictions were loosened and Bornheimer went to serve his country in World War 2. After the war, Bill returned to the basketball court, playing another three seasons in the American and New England leagues.

Bill is the older brother of NBA player Jake Bornheimer.