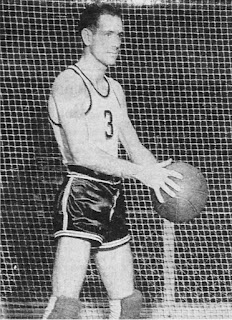 A member of the Indiana State Champion team at Horace Mann, Aubuchon went on to Michgan State where he was an All-American. He missed the 1940-41 season after contracting blood poisoning that almost took his life. He spent six months in the hospital and another six recovering. He finished his schooling before entering the navy during World War 2.
After his playing days, Aubuchon became coach and eventually the Athletic Director at Port Huron Junior College. Married Janet Richmond on June 4, 1949, 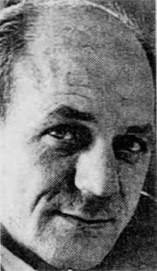