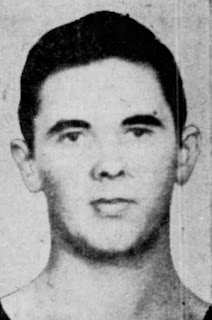 Gibson was born and raised in Des Moines, and went to Roosevelt High School one year, where he played basketball, ran track, and also boxed. After high school, he headed to Creighton. He served in the USMC during World War 2, and after the war returned to Crieghton. He left Creighton after the 1946-47 season and went to play for the Denver Nuggets AAU team while finishing his education at the University of Denver (I do not believe he played basketball there, though.) He played for the Nuggets and stayed with the team as they joined the NBL in 1947-48. He was sold to Tri-Cities on February 11, 1949. He returned to Denver to play with the Refiners in the NPBL.
After his playing days, Gibson returned to Des Moines to work in the family business, Gibson Pump and Equipment. Gibson was killed in a one-car accident in 1958 at 36 years of age. He left behind a wife, Vonnie. 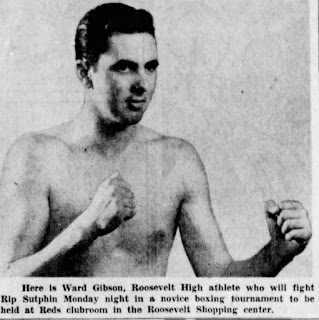